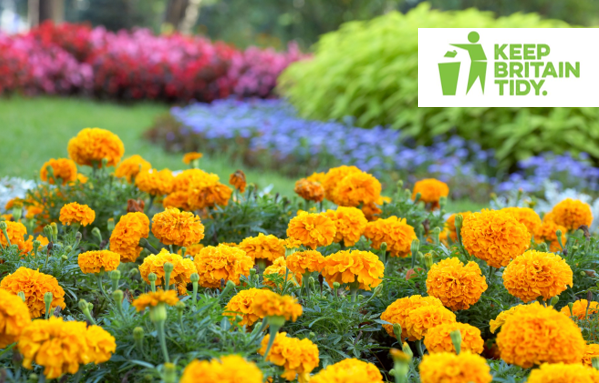 We are proud to announce that we now work in partnership with Keep Britain Tidy Providing many different training courses along with the Neighbourhood Award!

Many organisations ask us why they should apply for the Neighbourhood award. Achieving a Keep Britain Tidy Neighbourhood Award demonstrates that your organisation is committed to offering the very highest levels of service. It is a guarantee to your customers and partners that you are dedicated to maintaining standards through innovation and good practice. It is a public mark of quality – to residents, stakeholders and partners. This stamp of quality not only builds your organisation’s credibility, it increases public awareness and enhances your image.

The Neighbourhood Award was first introduced in 2007 after Keep Britain Tidy piloted a scheme to assist housing providers in achieving a nationally recognised standard. With the help of other organisations, including the Tenant Participation Advisory Service (TPAS), Audit Commission, Housing Corporation and social housing providers, the initiative was developed and improved to ensure it offered a robust and thorough assessment, judged against high standards.

Today, with significant changes in both government and social housing, the award has been adapted and refined to reflect the sector. Utilising the experience and expertise of social housing providers and the National Housing Federation, they have continued to develop the award to ensure it remains current and effective. By setting an industry benchmark, their aim is to drive improvements and to be able to shine a light on those organisations that are delivering the highest levels of quality. Their awards highlight innovation, share good practice and drive up standards in the sector.

The Neighbourhood Award presents social housing providers with a clear framework against which they can be assessed. Their aim is to both encourage improvements in the sector and also recognises and rewards those organisations that offer the very highest levels of quality

We are using cookies to give you the best experience on our website. By continuing to browse this website, you are agreeing to our use of cookies. You can find out more about which cookies we are using or adjust your settings

This website uses cookies so that we can provide you with the best user experience possible. Cookie information is stored in your browser and performs functions such as recognising you when you return to our website and helping our team to understand which sections of the website you find most interesting and useful.

Strictly Necessary Cookie should be enabled at all times so that we can save your preferences for cookie settings.

If you disable this cookie, we will not be able to save your preferences. This means that every time you visit this website you will need to enable or disable cookies again.

This website uses Google Analytics to collect anonymous information such as the number of visitors to the site, and the most popular pages.

Please enable Strictly Necessary Cookies first so that we can save your preferences!